Iratxe García Pérez: Borissov has failed as a leader

Spanish MEP Iratxe García Pérez is the chair of the Progressive Alliance of Socialists and Democrats group (S&D) in the European Parliament, of which the Bulgarian Socialist Party is also a member. S&D are the second largest group after the European People’s Party (EPP). García Pérez is also a part of the Committee on Civil Liberties, Justice and Home Affairs (LIBE), which questioned the Vice-President of the EU Vera Joúrova on media freedom and rule of law in Bulgaria. We sent her questions about the ongoing protests in Bulgaria and Europe’s role in safeguarding European values.

On September 11th Politico wrote that you sent a letter to President von der Leyen in which you insist that the next EU budget be tied to explicit conditions regarding the rule of law. Can you tell us what sparked this initiative and what are your demands precisely?

Ahead of the annual speech on the State of the Union delivered by the Commission President, I sent a letter to Mrs. Von der Leyen, in which, on behalf of the S&D Group, I raised the most important issues that the EU is facing and which we think should be addressed as a matter of priority. The rule of law is one of them. Respecting the rule of law and European values is the pillar of the European project. The EU is not a business club, but a Union of values and principles. No government can violate those values without suffering the consequences. This is why we need a rule of law conditionality. My Group calls for a real and meaningful EU mechanism on democracy, the rule of law, and fundamental rights to be put in place, provided with the possibility for proper sanctions, including suspending payments from the EU budget.

OLAF’s annual report for 2019 came out a few days ago. Given your initiative, do you find this mechanism – which relies on reporting by national authorities and citizens, and has a recommendation-only function –  effective for monitoring EU funds abuse? To give an example, Hungary has a disproportionately large share of financial irregularities compared to any other EU member. Yet Hungary has reported 64 fraudulent irregularities (only Poland has reported more, 89), whereas Bulgaria – only 2 for the program period 2014–2020. This sure plays a role in the final numbers: no crime reported, no crime detected.

I do not have the information about the specific number of cases you mention, but as a general principle it would be crucial to effectively monitor the use of EU funds. It is important for transparency and for the citizens to trust the European institutions.

In that case, would reforming OLAF be a part of the effective measures to monitor recovery funds spending?

I need to stress that reporting is not a matter of choice. Member states are obligated to report all financial irregularities to the European Commission. They have an equal obligation to protect the EU funds and do everything to counter fraud and any other illegal activities.

We are currently in the middle of a complex negotiation process to revise the functioning of OLAF and assess what needs to be improved. The S&D Group is very much in favor of strengthening OLAF and giving OLAF access to bank accounts to allow for more thorough investigations. For S&D it is extremely important that OLAF has access to all the information it needs to investigate effectively.

In addition, we will soon have a European Public Prosecutor’s Office – a new European body to tackle large-scale, cross-border crime involving EU funds. It will have the power to investigate, prosecute and bring to justice crimes against the EU budget, such as fraud and corruption.

We rely on the cooperation of our friends and neighbours, and we must work as a team. We are making progress, but there is still more to do. S&D is committed to making positive changes to ensure EU funds are spent in the most effective way possible.

Let us focus on Bulgaria. Politico quoted your letter: “We must live up to our values. We can no longer accept the situation in countries such as Poland or Hungary.” But Bulgaria fares worse than Poland or Hungary in corruption perception, media freedom (last in the EU), human rights, health system performance — the list goes on. Why are Hungary and Poland consistently given as examples of failed EU integration and breach of EU norms, given how clear the numbers coming from multiple sources are?

Hungary and Poland are the two EU countries against which a formal procedure based on Article 7 of the Treaty was launched. This procedure is the last resort to resolve a crisis, to ensure the EU country complies with the EU values. The outcome can lead to far-reaching sanctions.

As your question suggests, there are more Member States with very worrying developments, including Bulgaria. The EU has certain tools to prevent threats to the democracy, but unfortunately, they are mainly based on a dialogue with a member state concerned. This is why our Group is calling for a rule of law conditionality with links to the EU budget, to endure that we put an end to those violations.

Do you think that what is happening in Bulgaria, Hungary and Poland undermines the image of the European project? How can citizens both East and West be expected to believe that Europe will defend justice and will serve their interest, if the Commission and certain politicians turn a blind eye to blatant evidence of injustice?

This is the very reason we should not give up. I have trust in European citizens, especially in young people who believe in democracy, in fundamental values, and freedom. I also trust that Europe as a whole can do better. This is why we are fighting hard to put in place effective instruments to hold governments accountable. Having said that, I think it is also important to overcome the division between East and West, between North and South. This is why I say that I have trust in European citizens. I think all of our citizens in the EU deserve the same recognition of rights and deserve to play a role in our common project.

Му impression is that many MEPs are closely familiar with the situation in Bulgaria. Do you think tolerance for Prime Minister Borissov’s government in Europe is political and related to the dominant position of the EPP, and the need to preserve that position? How is Borissov perceived among European politicians?

Many Members of the European Parliament and in particular those working in the Civil Liberties Committee are very familiar with the situation in Bulgaria. Just last week, the Committee debated the Cooperation and Verification Mechanism for Bulgaria. A special Democracy, rule of law and Fundamental Rights Monitoring Group continues to follow the latest developments in Bulgaria in relation to democracy, rule of law and fundamental rights, especially media freedom, independence of the judiciary and the separation of powers. T police brutality during the ongoing protests in Bulgaria made it pertinent for the Parliament to hold a full-fledged debate in the plenary and demand actions. I would certainly not call it “tolerance for PM Borrisov’s government”. I do note, however, the silence from my EPP counterparts when it comes denouncing breaches by their own governments.

How can fellow Europeans perceive of a leader of a country, which is still drowning in corruption; where media freedom, according to Reporters without Borders, is lower than in countries such as Mali or Angola; where journalists and oppositions leaders, or even elected Members of the European Parliament, are threatened; where mafia structures are still prevalent? Isn’t this a failure of the leader? The Bulgarian people deserve better.

In a healthy democracy the opposition could be counted on to counter malevolent influence coming from the ruling powers. However, the last few years were marked by stark convergence on various political matters between Bulgarian Socialists and ruling Conservative-Nationalists. Local observers and journalists call the Bulgarian Socialist Party (BSP) “Borissov’s crutch”. As my colleague wrote, Bulgarian Socialists played a major part in the campaign against the ratification of the Istanbul Convention, for example, as well as in misinformation campaigns against the Child Protection Strategy and the Social Services Bill. My question is: if the situation was reversed and BSP was the dominant power “gone rogue”, would the S&D still uphold its position as defender of EU principles? And on a larger scale, how in your opinion can we guarantee that political interest does not take precedence over European values in the future?

There is no place for tolerance based on political affiliations, when EU values are being undermined. We are even more fierce with our own sister parties, and we engage in more intense debates internally. If you want to lead by example, it must start by keeping your own house in order. Leading by example and accountability to citizens is what guarantees that political interests do not take precedence over fundamental values.

MEP Sophia in ‘t Veld: Do not think that the EU doesn’t care about Bulgaria

Orthodox Fundamentalism in a Time of Pandemic 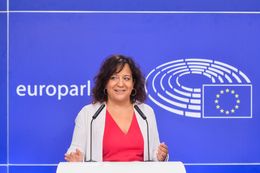 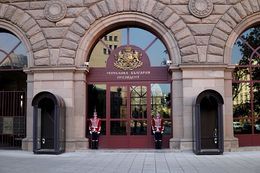